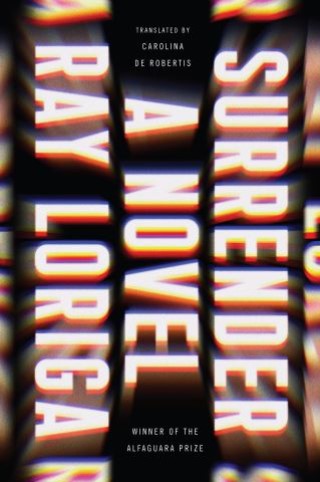 From award-winning Spanish author Ray Loriga comes a dystopian novel about authority, manipulation, and the disappearance of privacy that “calls to mind The Handmaid’s Tale by Margaret Atwood [and] Blindness by José Saramago” (Alfaguara Prize Winner Citation).

Ray Loriga:
RAY LORIGA is an author, screenwriter, and film director. Surrender, which won the prestigious Alfaguara Prize in Spain in 2017, is his third novel to be published in the United States. His previous, Tokyo Doesn't Love Us Anymore, received rave reviews in the New York Times, Washington Post, and elsewhere. Loriga has been translated into fourteen languages. He lives in Madrid.
CAROLINA DE ROBERTIS is the internationally bestselling author of The Gods of Tango, Perla, and The Invisible Mountain. She was raised in England, Switzerland, and California by Uruguayan parents. Her debut novel, The Invisible Mountain, was an international hit that was translated into fourteen languages; it was an O, The Oprah Magazine “2009 Terrific Read,” a San Francisco Chronicle “Best Book of the Year,” and the recipient of Italy’s Rhegium Julii Debut Prize. She is the recipient of a 2012 fellowship from the National Endowment for the Arts. Her fiction and literary translations have appeared in Granta, Zoetrope: All-Story, and the Virginia Quarterly Review, among other publications. She lives in Oakland, California and is currently working on a new novel. You can learn more at www.carolinaderobertis.com