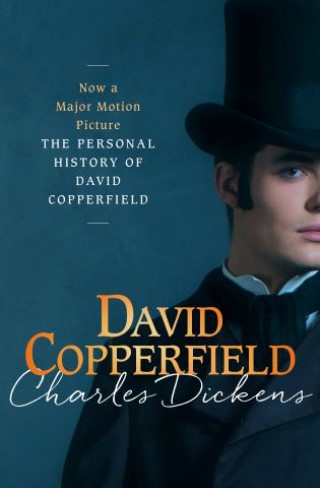 The inspiration for the film starring Dev Patel: A sprawling masterpiece about a boy making his way to manhood in nineteenth-century England.

David Copperfield’s father died before he was born, but he grew up loved and comfortable—until he turned seven and his mother married Edward Murdstone. His new stepfather could not banish little Davy fast enough, sending him to live with the housekeeper, Peggotty, and her fisherman brother.

Murdstone growing ever more tyrannical, David’s next stop is boarding school, and there he learns of the death of his mother and her new baby. David must now find his own place in the world. His journey will take him to many places and introduce him to many people, friends and enemies alike, before he is really able to learn from his experiences and find his true heart.

Set against the backdrop of Victorian-era England, this semiautobiographical coming-of-age story is filled with humor, emotion, and insightful social commentary.

Charles Dickens:
An international celebrity during his lifetime, Charles Dickens (1812­–1870) is widely regarded as the greatest novelist of the Victorian era. His classic works include A Christmas Carol, Oliver Twist, David Copperfield, Great Expectations, and A Tale of Two Cities, one of the bestselling novels of all time. When Dickens was twelve years old, his father was sent to debtors’ prison, and the boy was forced to work in a boot-blacking factory to support his family. The experience greatly shaped both his fiction and his tireless advocacy for children’s rights and social reform.