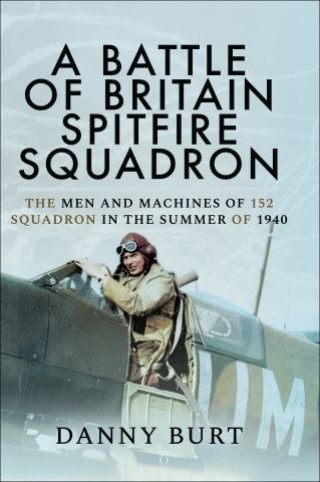 A Battle of Britain Spitfire Squadron

Formed at Rochford on 1 October 1918, just weeks before the Armistice that ended the First World War, 152 (Hyderabad) Squadron was originally a night fighter unit equipped with the Sopwith Camel. Its existence was short-lived, for the squadron was disbanded on 30 June 1919.With war clouds looming over Europe once more, 152 Squadron reformed at Arklington on 1 October 1939, becoming operational just over four weeks later. In January 1940, conversion to Spitfires began and after a period of defensive patrols in the North East, the squadron moved to Warmwell in Dorset to help defend southern England against attacks from the Luftwaffe forces now based in northern France. Throughout the Battle of Britain, the men and machines of 152 Squadron, call sign Maida, defended the Warmwell sector, which included the vital Royal Navy base at Portland, as part of 10 Group. It is the period from 12 July to 28 November 1940 that the author examines in great depth and detail in this definitive account. This, then, is the story of one squadrons part in the struggle to defend Britain during those dark days in the summer of 1940.