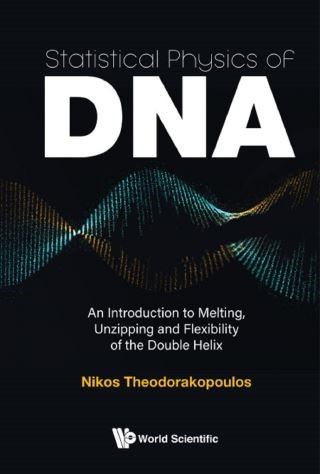 An Introduction to Melting, Unzipping and Flexibility of the Double Helix

The stability of the DNA double helix is contingent on fine-tuning a number of physicochemical control parameters. Varying any one of them leads to separation of the two strands, in what constitutes a rare physical example of a thermodynamic phase transition in a one-dimensional system. The present book aims at providing a self-contained account of the statistical physics of cooperative processes in DNA, e.g. thermal and mechanical dissociation, force-induced melting, equilibria of hairpin-like secondary structures. In addition, the book presents some fundamental aspects of DNA elasticity, as observed in key experiments, old and new. The latter include some recently published scattering data on apparently soft, short DNA chains and their interpretation in terms of local structural defects (permanent bends, 'kinky DNA', after the original Crick–Klug hypothesis).

The development of mathematical models used (Kratky–Porod polymer chain, Poland–Scheraga and Peyrard–Bishop–Dauxois models of DNA melting) emphasizes the use of realistic parameters and the relevance of practical numerical methods for comparing with experimental data. Accordingly, a large number of specially produced figures has been included.

The presentation is at the level of an advanced undergraduate or introductory graduate course. An extra chapter provides the necessary mathematical background on elasticity of model polymer chains.