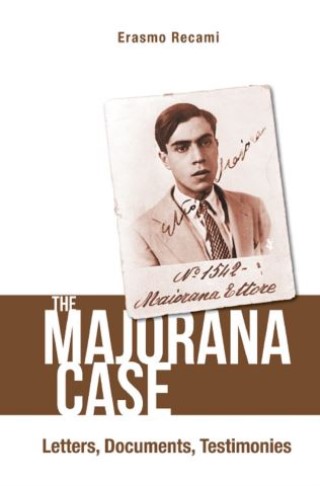 Ettore Majorana was born in the Sicilian city of Catania. He joined Enrico Fermi's 'Via Panisperna boys' at an early age and was part of the team who first discovered the slow neutrons (the research that would lead to the nuclear reactor and eventually, the atomic bomb). Enrico Fermi considered him one of brightest scientists, comparable to Galileo and Newton.

When the author moved to the University of Catania, Sicily, from Milan University back in 1968, he soon discovered important documents pertaining to Majorana's life and works. Together with his own investigative materials and full cooperation from Majorana's family members, he published a book on his disappearance in Italian (after having helped the famous Italian writer, Leonardo Sciascia, to write down his known Essay, by supplying him with copy of some of the discovered documents). Recami's book was entitled Il Caso Majorana — Epistolario, Documenti, Testimonianze and when it first appeared in Italy, it drew interest from all the major newspapers, publications and TVs & broadcast media.

Even after his disappearance, Ettore Majorana's name appeared in many areas of frontier physics research, ranging from elementary particle physics to applied condensed matter, to mathematical physics, and more. His long lasting contributions is a testimony of his brilliance and farsightedness and has continued to draw interest from scientists not only in Italy, but from all over world until today.

An English version of the original is very appropriate at this juncture, when more and more scholars in the world are getting convinced that he was really a genius 'like Galileo and Newton'. This book traces the extraordinary life of Ettore Majorana — through his letters, documents and testimonies from his friends and family members. What makes this book more fascinating (as a detective-story too) is his mysterious disappearance at young age. This book, therefore, is both a biography and a mystery book.