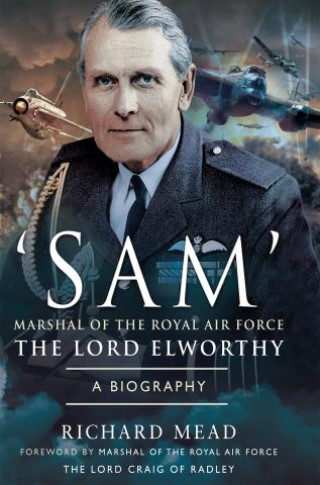 'SAM' Marshal of the Royal Air Force the Lord Elworthy

Sam Elworthys career was remarkable by any standards. Born in New Zealand in 1911 and educated in England, he was called to the Bar. After learning to learning to fly he joined the RAAF. During the Second World War he won the DFC, DSO and AFC and, after commanding 82 Squadron, worked closely with Bomber Harris and General Eisenhower. He became an air commodore aged 33.His meteoric rise continued post-war. Switching to Fighter Command he saw service in India, Pakistan, and the UK before becoming Commandant of the RAF Staff College. By 1960 he was tri-service C-in-C Middle East and his actions prevented the invasion of Kuwait by Iraq.As Chief of Air Staff and Chief of defense Staff in the 1960s he fought the Services corner at a difficult political and economic time. He secured the long term future of the RAF, whose very existence was threatened. A hugely respected figure, he became a life peer, Knight of the Garter and Constable of Windsor Castle. He died in 1993 in his native New Zealand.This long overdue biography attempts successfully to do justice to a man of great stature, integrity and achievement.