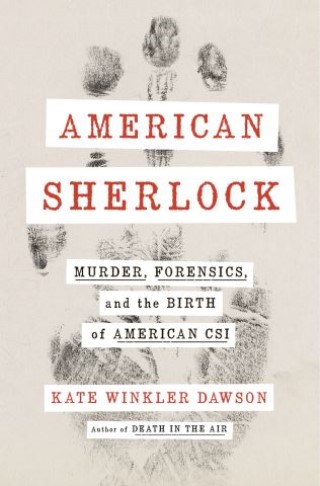 Murder, Forensics, and the Birth of American CSI

From the acclaimed author of Death in the Air ("Not since Devil in the White City has a book told such a harrowing tale"--Douglas Preston) comes the riveting story of the birth of criminal investigation in the twentieth century.

Berkeley, California, 1933. In a lab filled with curiosities--beakers, microscopes, Bunsen burners, and hundreds upon hundreds of books--sat an investigator who would go on to crack at least two thousand cases in his forty-year career. Known as the "American Sherlock Holmes," Edward Oscar Heinrich was one of America's greatest--and first--forensic scientists, with an uncanny knack for finding clues, establishing evidence, and deducing answers with a skill that seemed almost supernatural.

Heinrich was one of the nation's first expert witnesses, working in a time when the turmoil of Prohibition led to sensationalized crime reporting and only a small, systematic study of evidence. However with his brilliance, and commanding presence in both the courtroom and at crime scenes, Heinrich spearheaded the invention of a myriad of new forensic tools that police still use today, including blood spatter analysis, ballistics, lie-detector tests, and the use of fingerprints as courtroom evidence. His work, though not without its serious--some would say fatal--flaws, changed the course of American criminal investigation.

Based on years of research and thousands of never-before-published primary source materials, American Sherlock captures the life of the man who pioneered the science our legal system now relies upon--as well as the limits of those techniques and the very human experts who wield them.

Kate Winkler Dawson: Kate Winkler Dawson is a seasoned documentary producer, whose work has appeared in The New York Times, WCBS News and ABC News Radio, PBS NewsHour, and Nightline. She is the author of Death in the Air: The True Story of a Serial Killer, the Great London Smog, and the Strangling of a City and teaches journalism at The University of Texas at Austin.