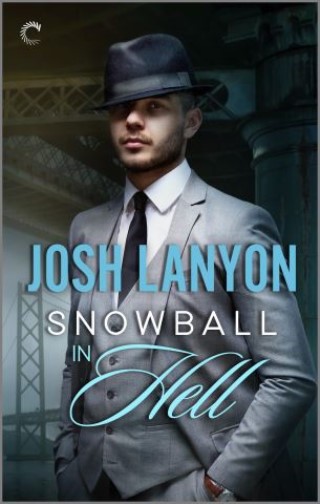 Reporter Nathan Doyle had his reasons to want Phil Arlen dead, but when he sees the man’s body pulled from the La Brea tar pit, he knows he’ll be the prime suspect. He also knows that his life won’t stand up to intense police scrutiny, so he sets out to crack the case himself.

Lieutenant Matthew Spain’s official inquiries soon lead him to believe that Nathan knows more than he’s saying. But that’s not the only reason Matt takes notice of the handsome journalist. Matt’s been drawn to men before, but he must hide his true feelings—or risk his entire career.

As Nathan digs deeper, it becomes increasingly difficult to stay one step ahead of Matt Spain—and to deny his intense attraction to him. Nathan’s secrets may not include murder, but has his hunt put him right in the path of the real killer?

Josh Lanyon:
Josh Lanyon's work has been translated into eleven languages. An Eppie Award winner and four-time Lambda Literary Award finalist, she is the first ever recipient of the Goodreads M/M Hall of Fame award.