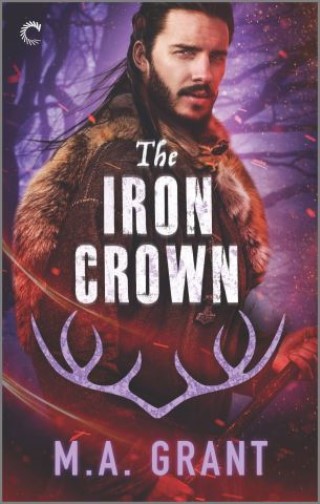 After the last Faerie Civil War, the leaders of the magickal pantheons stripped the shining Seelie Court of its power and tasked the dark Unseelie Court with maintaining the natural balance of the world.

Ages later, a twisted intrigue throws the balance of all Faerie into ruin and ignites a new civil war.

Discounted by his family and haunted in the Unseelie sidhe, Queen Mab’s youngest son, Lugh, leads the Wild Hunt on quests across the dangerous Wylds. At his side is his best friend Keiran, a Viking rescued from death centuries earlier. Between Lugh’s uncanny gift for being in the right place at the right time and Keiran’s power of persuasion, they’re revered across the Wylds—as long as Lugh keeps his true identity hidden from the people of the Sluagh.

Rallying the Sluagh to fight in the looming war between the Seelie and Unseelie seems an impossible task. To achieve it, these childhood best friends will have to free Lugh from the restless souls haunting him and turn the tides threatening not only their growing love, but the balance of life and death itself.

This book is approximately 103,000 words

One-click with confidence. This title is part of the Carina Press Romance Promise: all the romance you’re looking for with an HEA/HFN. It’s a promise!

Book 1: Prince of Air and Darkness

M.A. Grant: M.A. Grant fell in love with the romance genre while working at an independent bookstore. After college, she and her husband began a steady northward migration and now live amidst the rugged beauty of Alaska’s Kenai Peninsula. When she’s not calling out to passing ravens or making a cup of tea, she’s writing dark and moving stories.