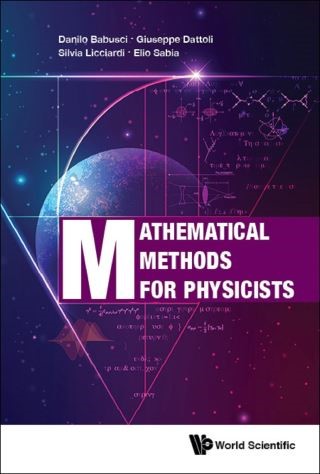 The book covers different aspects of mathematical methods for Physics. It is designed for graduate courses but a part of it can also be used by undergraduate students. The leitmotiv of the book is the search for a common mathematical framework for a wide class of apparently disparate physical phenomena. An important role, within this respect, is provided by a nonconventional formulation of special functions and polynomials. The proposed methods simplify the understanding of the relevant technicalities and yield a unifying view to their applications in Physics as well as other branches of science.

The chapters are not organized through the mathematical study of specific problems in Physics, rather they are suggested by the formalism itself. For example, it is shown how the matrix formalism is useful to treat ray Optics, atomic systems evolution, QED, QCD and Feynman diagrams. The methods presented here are simple but rigorous. They allow a fairly substantive tool of analysis for a variety of topics and are useful for beginners as well as the more experienced researchers.