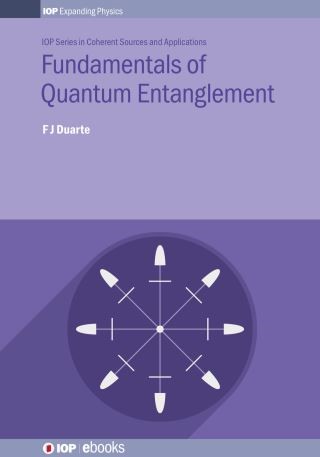 Quantum entanglement (QE) is one of the most mysterious and promising subjects in physics. With applications in cryptographic space-to-space, space-to-earth and fibre communications, in addition to teleportation and quantum computing, QE goes beyond fascination and into the pragmatic spheres of commerce and the military.

In this monograph the philosophical and physical routes to QE are explained in a methodical and detailed approach. Furthermore, the interferometric approach to the derivation of QE probability amplitudes for a pair and multiple-pairs of quanta is exposed step by step. Written by F J Duarte, an expert in the field of quantum optics, the text provides the first side-by-side description of the philosophical path and the physical path to quantum entanglement, and does so in a clear and cohesive manner. This is also the first book to describe and explain, in a transparent exposition, the interferometric derivation of the ubiquitous probability amplitude for quantum entanglement.