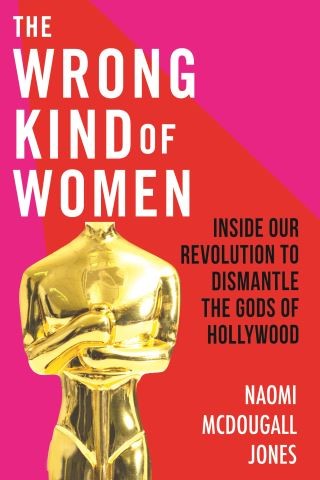 The Wrong Kind of Women

Inside Our Revolution to Dismantle the Gods of Hollywood

A brutally honest look at the systemic exclusion of women in film—an industry with massive cultural influence—and how, in response, women are making space in cinema for their voices to be heard.

Generation after generation, women have faced the devastating reality that Hollywood is a system built to keep them out. The films created by that system influence everything from our worldviews to our brain chemistry. When women’s voices are excluded from the medium, the impact on society is immense. Actor, screenwriter, and award-winning independent filmmaker Naomi McDougall Jones takes us inside the cutthroat, scandal-laden film industry, where only 5% of top studio films are directed by women and less than 20% of leading characters in mainstream films are female. Jones calls on all of us to act radically to build a different kind of future for cinema—not only for the women being actively hurt inside the industry but for those outside it, whose lives, purchasing decisions, and sense of selves are shaped by the stories told.

Informed by the journey of her own career; by interviews with others throughout the film industry; and by cold, hard data, Jones deconstructs the casual, commonplace sexism rampant in Hollywood that has kept women out of key roles for decades. Next, she shows us the growing women-driven revolution in filmmaking—sparked by streaming services, crumbling distribution models, direct-to-audience access via innovative online platforms, and outside advocacy groups—which has enabled women to build careers outside the traditional studio system. Finally, she makes a business case for financing and producing films by female filmmakers.

Naomi McDougall Jones: Naomi McDougall Jones is an award-winning actress, writer, and producer. Her TED Talk, “What It’s Like to Be a Woman in Hollywood,” ignited a global outpouring of support for the women in film movement. Naomi has written, produced, and acted in two award-winning independent feature films, Imagine I’m Beautiful (2014) and Bite Me (2019). Connect with her at naomimcdougalljones.com and on Twitter (@NaomiMcDougallJ).