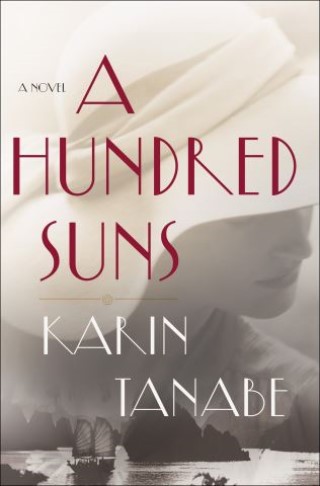 "A transporting historical novel, and a smart thriller."— Washington Post

"A luscious setting combined with a sinister, sizzling plot." -EW

A faraway land.
A family’s dynasty.
A trail of secrets that could shatter their glamorous lifestyle.

On a humid afternoon in 1933, American Jessie Lesage steps off a boat from Paris and onto the shores of Vietnam. Accompanying her French husband Victor, an heir to the Michelin rubber fortune, she’s certain that their new life is full of promise, for while the rest of the world is sinking into economic depression, Indochine is gold for the Michelins. Jessie knows that the vast plantations near Saigon are the key to the family’s prosperity, and though they have recently been marred in scandal, she needs them to succeed for her husband’s sake—and to ensure that the life she left behind in America stays buried in the past.

Jessie dives into the glamorous colonial world, where money is king and morals are brushed aside, and meets Marcelle de Fabry, a spellbinding expat with a wealthy Indochinese lover, the silk tycoon Khoi Nguyen. Descending on Jessie’s world like a hurricane, Marcelle proves to be an exuberant guide to colonial life. But hidden beneath her vivacious exterior is a fierce desire to put the colony back in the hands of its people––starting with the Michelin plantations.

It doesn’t take long for the sun-drenched days and champagne-soaked nights to catch up with Jessie. With an increasingly fractured mind, her affection for Indochine falters. And as a fiery political struggle builds around her, Jessie begins to wonder what’s real in a friendship that she suspects may be nothing but a house of cards.

Motivated by love, driven by ambition, and seeking self-preservation at all costs, Jessie and Marcelle each toe the line between friend and foe, ethics and excess. Cast against the stylish backdrop of 1920s Paris and 1930s Indochine, in a time and place defined by contrasts and convictions, Karin Tanabe's A Hundred Suns is historical fiction at its lush, suspenseful best.

Karin Tanabe: Karin Tanabe is the author of The Diplomat's Daughter, The Gilded Years, The Price of Inheritance, and The List. A former Politico reporter, her writing has also appeared in the The Washington Post, Miami Herald, Chicago Tribune, and Newsday. She has made frequent appearances as a celebrity and politics expert on Entertainment Tonight, CNN, and The CBS Early Show. A graduate of Vassar College, Karin lives in Washington, DC.