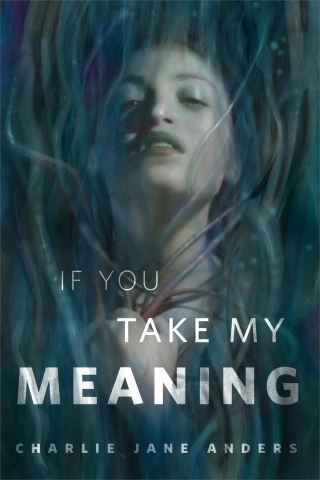 If You Take My Meaning

As an ex-smuggler and two-time reluctant revolutionary, Alyssa is used to staring into the razor-sharp jaws of death. But now she's embarking on the most terrifying adventure of her life—journeying into the darkness to become a new type of being, one who can help humanity to survive. And deep at the heart of the city in the middle of the night, the price of transformation could be higher, and more terrible, than Alyssa ever expected.

Charlie Jane Anders: CHARLIE JANE ANDERS is the former editor-in-chief of io9.com, the extraordinarily popular Gawker Media site devoted to science fiction and fantasy. Her SF and fantasy debut novel, All the Birds in the Sky, won the 2017 Nebula Awards for Best Novel and was a finalist for the 2017 Hugo Award's Best Novel category. Her Tor.com story "Six Months, Three Days" won the 2013 Hugo Award. She has also had fiction published by McSweeney's, Lightspeed, and ZYZZYVA. Her journalism has appeared in Salon, the Wall Street Journal, Mother Jones, and many other outlets.