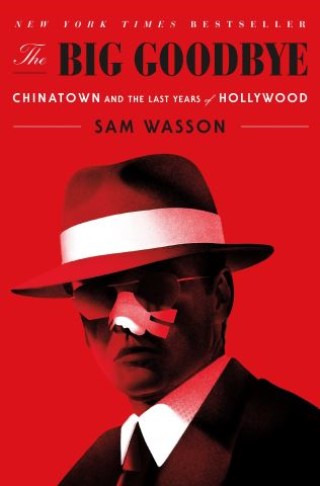 Chinatown and the Last Years of Hollywood

From the New York Times bestselling author of Fifth Avenue, Five A.M. and Fosse comes the revelatory account of the making of a modern American masterpiece

Chinatown is the Holy Grail of 1970s cinema. Its twist ending is the most notorious in American film and its closing line of dialogue the most haunting. Here for the first time is the incredible true story of its making.

In Sam Wasson's telling, it becomes the defining story of the most colorful characters in the most colorful period of Hollywood history. Here is Jack Nicholson at the height of his powers, as compelling a movie star as there has ever been, embarking on his great, doomed love affair with Anjelica Huston. Here is director Roman Polanski, both predator and prey, haunted by the savage death of his wife, returning to Los Angeles, the scene of the crime, where the seeds of his own self-destruction are quickly planted. Here is the fevered dealmaking of "The Kid" Robert Evans, the most consummate of producers. Here too is Robert Towne's fabled script, widely considered the greatest original screenplay ever written. Wasson for the first time peels off layers of myth to provide the true account of its creation.

Looming over the story of this classic movie is the imminent eclipse of the '70s filmmaker-friendly studios as they gave way to the corporate Hollywood we know today. In telling that larger story, The Big Goodbye will take its place alongside classics like Easy Riders, Raging Bulls and The Devil's Candy as one of the great movie-world books ever written.

Praise for Sam Wasson:
"Wasson is a canny chronicler of old Hollywood and its outsize personalities...More than that, he understands that style matters, and, like his subjects, he has a flair for it." - The New Yorker
"Sam Wasson is a fabulous social historian because he finds meaning in situations and stories that would otherwise be forgotten if he didn't sleuth them out, lovingly." - Hilton Als

Sam Wasson: Sam Wasson is the author of many books including the bestselling Fosse and Fifth Avenue, 5 AM: Audrey Hepburn, Breakfast at Tiffany’s, and the Dawn of the Modern Woman. He lives in Los Angeles.