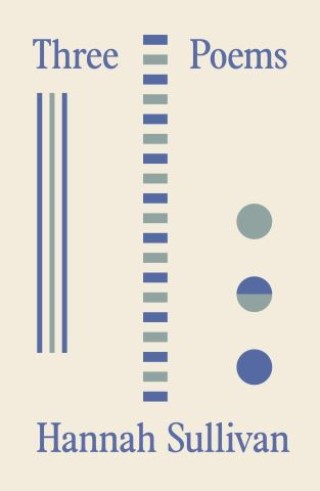 “You, Very Young in New York” paints the portrait of a great American city, paying close attention to grand designs as well as local details, and coalescing in a wry and tender study of romantic possibility, disappointment, and the obduracy of innocence. “Repeat Until Time” shifts the scene to California and combines a poetic essay on the nature of repetition with an enquiry into pattern-making of a personal as well as a philosophical kind. “The Sandpit After Rain” explores the birth of a child and death of a father with exacting clarity.

Hannah Sullivan: Hannah Sullivan lives in London and teaches English at Oxford. She studied Classics at Cambridge, and then lived in the United States for a decade. Three Poems is her debut collection. It was awarded the 2018 T. S. Eliot Prize and the John Pollard Foundation International Poetry Prize.