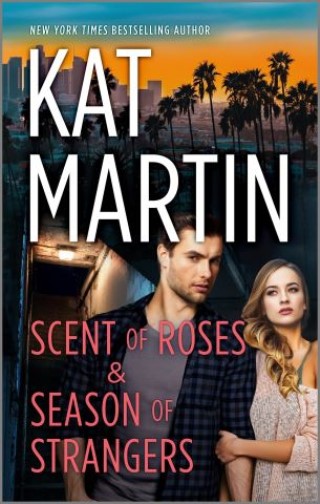 Scent of Roses & Season of Strangers

Elizabeth doesn’t believe in ghosts. But this time she has no choice.

Family counselor Elizabeth Connor isn’t sure what to think when Maria Santiago comes to her pregnant, terrified, and claiming to be visited each night by the ghost of a little girl, warning her to flee. Sympathetic to the young woman, Elizabeth agrees to help by contacting Carson and Zack Harcourt, the owners of the cottage where Maria lives. While Carson only takes interest in Elizabeth, Zack grudgingly agrees to help her look into the history of the cottage. But as unexpected desire draws Zack and Elizabeth together, the two sense a darkness in the house, something that has roots in murder…

Patrick Donovan would be a real catch if not for his notorious playboy lifestyle and matching attitude. But when a cocaine-fueled heart attack nearly kills him, Patrick makes an astonishingly fast—and peculiar—recovery. Julie Ferris barely recognizes the newly sober Patrick as the same man she once struggled to resist. Maybe it’s an unexplainable time warp fueling her paranoia, but she can’t help sensing something just isn’t… right.

Kat Martin: Top ten New York Times bestselling author Kat Martin is a graduate of the University of California Santa Barbara.  Residing with her Western-author husband, L.J. Martin, in Missoula, Montana, Kat has written 70 Historical and Contemporary Romantic Suspense novels. More than 17 million of her books are in print and she has been published in twenty foreign countries. Kat is currently hard at work on her next novel.