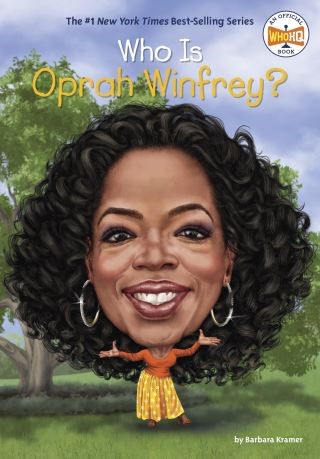 Who Is Oprah Winfrey?

The story of how a young Southern girl who was raised on a pig farm became one of the most influential and inspiring people in the world.

We all know Oprah Winfrey as a talk-show host, actress, producer, media mogul, and philanthropist, but the "Queen of Talk" wasn't always so fortunate. She suffered through a rough childhood and went on to use her personal struggles as motivation. Oprah's kindness, resilience, and determination are just some of the many reasons why her viewers--and people all around the world--love her. The richest African American person of the twentieth century, Oprah is often described as the most influential woman in the world.

Barbara Kramer: Barbara Kramer is an author who has writiten several biographies for children and young adults. She lives in Cedar Rapids, Iowa.