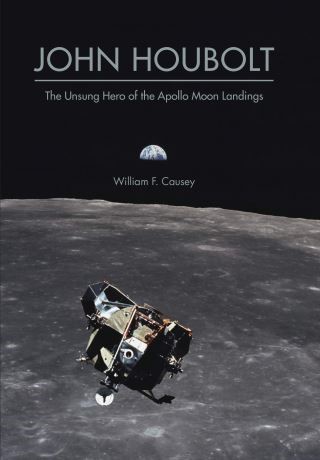 The Unsung Hero of the Apollo Moon Landings

In May 1961, President Kennedy announced that the United States would attempt to land a man on the moon and return him safely to the earth before the end of that decade. Yet NASA did not have a specific plan for how to accomplish that goal. Over the next fourteen months, NASA vigorously debated several options. At first the consensus was to send one big rocket with several astronauts to the moon, land and explore, and then take off and return the astronauts to earth in the same vehicle. Another idea involved launching several smaller Saturn V rockets into the earth orbit, where a lander would be assembled and fueled before sending the crew to the moon.

But it was a small group of engineers led by John C. Houbolt who came up with the plan that propelled human beings to the moon and back—not only safely, but faster, cheaper, and more reliably. Houbolt and his colleagues called it “lunar orbit rendezvous,” or “LOR.” At first the LOR idea was ignored, then it was criticized, and then finally dismissed by many senior NASA officials.

Nevertheless, the group, under Houbolt’s leadership, continued to press the LOR idea, arguing that it was the only way to get men to the moon and back by President Kennedy’s deadline. Houbolt persisted, risking his career in the face of overwhelming opposition. This is the story of how John Houbolt convinced NASA to adopt the plan that made history.

William F. Causey has followed the space program since 1961, when he watched in his elementary school gymnasium astronaut as Alan Shepard became the first American in space. Trained as a lawyer who started his legal career on Capitol Hill, Causey later worked at the United States Department of Justice, the American Red Cross, and the District of Columbia Office of the Attorney General. He taught for more than three decades at the Georgetown University Law Center. Causey also served on numerous historical, educational, and literary society boards, including the Board of Trustees of American University, the Board of Directors of the PEN/Faulkner Foundation, and the Historical Society of the District of Columbia Circuit. Now retired, Causey serves as a docent at the National Air and Space Museum, where he has met and talked with dozens of astronauts, engineers, and managers of America’s space effort. Causey and his wife, Sally, reside in Washington, DC.