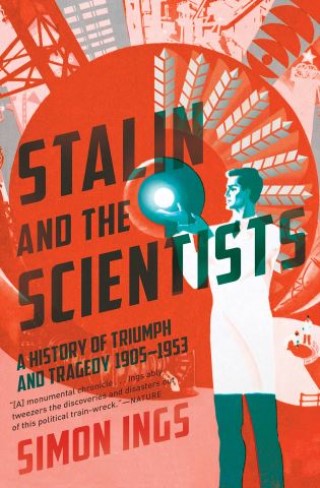 Stalin and the Scientists

“One of the finest, most gripping surveys of the history of Russian science in the twentieth century.” —Douglas Smith, author of Former People: The Final Days of the Russian Aristocracy

Stalin and the Scientists tells the story of the many gifted scientists who worked in Russia from the years leading up to the revolution through the death of the “Great Scientist” himself, Joseph Stalin. It weaves together the stories of scientists, politicians, and ideologues into an intimate and sometimes horrifying portrait of a state determined to remake the world. They often wreaked great harm. Stalin was himself an amateur botanist, and by falling under the sway of dangerous charlatans like Trofim Lysenko (who denied the existence of genes), and by relying on antiquated ideas of biology, he not only destroyed the lives of hundreds of brilliant scientists, he caused the death of millions through famine.

But from atomic physics to management theory, and from radiation biology to neuroscience and psychology, these Soviet experts also made breakthroughs that forever changed agriculture, education, and medicine. A masterful book that deepens our understanding of Russian history, Stalin and the Scientists is a great achievement of research and storytelling, and a gripping look at what happens when science falls prey to politics.

Longlisted for the Baillie Gifford Prize for Non-Fiction in 2016

“Ings’s research is impressive and his exposition of the science is lucid . . . Filled with priceless nuggets and a cast of frauds, crackpots and tyrants, this is a lively and interesting book, and utterly relevant today.” —The New York Times Book Review

“A must read for understanding how the ideas of scientific knowledge and technology were distorted and subverted for decades across the Soviet Union.” —The Washington Post