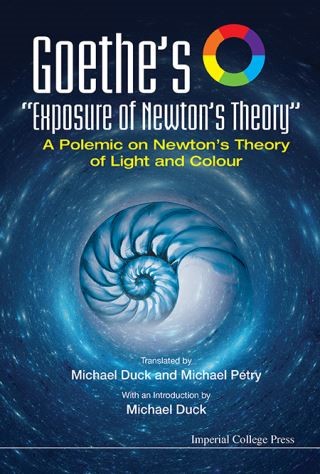 A Polemic on Newton's Theory of Light and Colour

Johann Wolfgang von Goethe, although best known for his literary work, was also a keen and outspoken natural scientist. In the second polemic part of Zur Farbenlehre (Theory of Colours), for example, Goethe attacked Isaac Newton's ground-breaking revelation that light is heterogeneous and not immutable, as was previously thought.This polemic was unanimously rejected by the physicists of the day, and has often been omitted from compendia of Goethe's works. Indeed, although Goethe repeated all of Newton's key experiments, he was never able to achieve the same results. Many reasons have been proposed for this, ranging from the psychological — such as a blind hatred of Newtonism, self-deceit and paranoid psychosis — to accusations of incapability — Goethe simply did not understand the experiments. Yet Goethe was never to be dissuaded from this passionate conviction.This translation of Goethe's polemic, published for the first time in English, makes it clear that Goethe did understand the thrust of Newton's logic. It demonstrates that Goethe's resistance to Newton's theory stemmed from something quite different; his pantheism — the belief in the spiritual nature of light. This prevented him from allowing himself to think of light in physical terms and accepting that it is anything other than simple, immutable, and unknowable.This important new translation will be useful to natural scientists, historians, philosophers and theologians alike and will delight anyone hoping to add a further layer of nuance to Goethe's complex portrait.