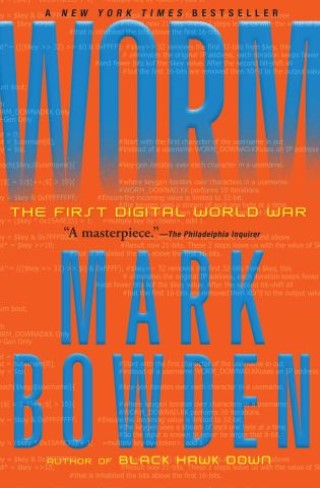 From the bestselling author of Black Hawk Down, the gripping story of the Conficker worm—the cyberattack that nearly toppled the world.

The Conficker worm infected its first computer in November 2008, and within a month had infiltrated 1.5 million computers in 195 countries. Banks, telecommunications companies, and critical government networks—including British Parliament and the French and German military—became infected almost instantaneously. No one had ever seen anything like it.

By January 2009, the worm lay hidden in at least eight million computers, and the botnet of linked computers it had created was big enough that an attack might crash the world. In this “masterpiece” (The Philadelphia Inquirer), Mark Bowden expertly lays out a spellbinding tale of how hackers, researchers, millionaire Internet entrepreneurs, and computer security experts found themselves drawn into a battle between those determined to exploit the Internet and those committed to protecting it.