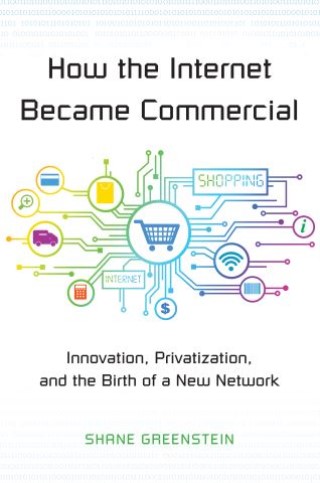 How the Internet Became Commercial

Innovation, Privatization, and the Birth of a New Network

In less than a decade, the Internet went from being a series of loosely connected networks used by universities and the military to the powerful commercial engine it is today. This book describes how many of the key innovations that made this possible came from entrepreneurs and iconoclasts who were outside the mainstream—and how the commercialization of the Internet was by no means a foregone conclusion at its outset.

Shane Greenstein traces the evolution of the Internet from government ownership to privatization to the commercial Internet we know today. This is a story of innovation from the edges. Greenstein shows how mainstream service providers that had traditionally been leaders in the old-market economy became threatened by innovations from industry outsiders who saw economic opportunities where others didn't—and how these mainstream firms had no choice but to innovate themselves. New models were tried: some succeeded, some failed. Commercial markets turned innovations into valuable products and services as the Internet evolved in those markets. New business processes had to be created from scratch as a network originally intended for research and military defense had to deal with network interconnectivity, the needs of commercial users, and a host of challenges with implementing innovative new services.

How the Internet Became Commercial demonstrates how, without any central authority, a unique and vibrant interplay between government and private industry transformed the Internet.

Shane Greenstein: Shane Greenstein is the Martin Marshall Professor of Business Administration and codirector of the program on the economics of digitization at the National Bureau of Economic Research. His books include Diamonds Are Forever, Computers Are Not and Standards and Public Policy.