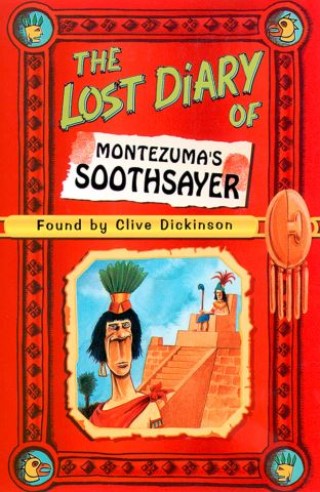 The Lost Diary of Montezuma’s Soothsayer

Humorous historical ‘faction’ in diary format. Montezuma – last Emperor of the Aztecs – lived in a palace and was deemed so holy that he never put his feet on the ground!His soothsayer or priest was naturally with him every day – from his worship to the Sun God, to his death at the hands of his own people following their defeat by Cortes and the Spaniards. His diary reveals the truth about a powerful emperor and a once mighty empire.

Clive Dickinson: Clive Dickinson has worked widely in both fiction and non-fiction children’s publishing for twenty years. His novels for Collins include the much loved ‘Knickers, My Secret Notebook Aged 7/8/9’ and ‘The Lost Diary of Tutankhamen’s Mummy,’ from the ‘faction’ series.